Water for the Brain 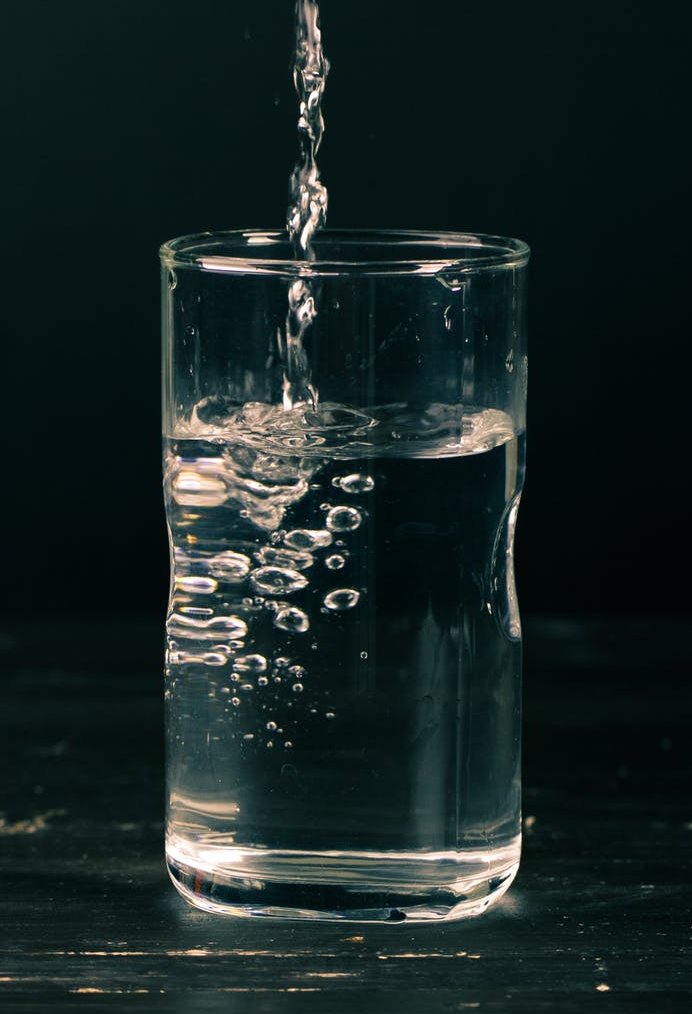 Since my work as a Nutritional Therapist requires good brain function, knowing what type of nutrition is good for the brain is important. Furthermore, with the unpleasant prospect of cognitive decline as we age, it’s vital to delay, halt or even reverse this process with good brain nutrition. Here we’re going to look at why water is so important for brain function.

This might surprise you, but a dehydrated brain isn’t going to function as well as a well-hydrated brain. Have you ever gone through a busy morning or afternoon, and ended up with a headache? Of course there are numerous reasons you might have developed a headache. One of them might be if you haven’t been drinking enough fluids. If that’s the case, you might consider drinking some water before reaching for the pain killers. Drinking water to ward off a headache is more something you’ll read about in the media than in the medical literature. However, it is possible to reduce the intensity and how long you might suffer with a headache by reaching for that glass of water and downing it regularly (Spigt et al., 2005).

Why Your Brain Needs Water

You need water to support your brain chemistry, together with the right balance of electrolytes (minerals like sodium, potassium, and magnesium, and salts such as chloride) (Amiry-Moghaddam & Ottersen, 2003). Water also has a structural role, filling in the spaces between the brain cells. It helps you to absorb nutrients too and aids waste removal.

If you don’t have enough water in the brain because you’re dehydrated, you can’t produce enough energy for your brain cells to function optimally. End result of dehydration? The brain’s fluid balance is affected leaving you with symptoms like fatigue, reduced ability to concentrate and stay alert, low mood (D’Anci et al., 2009), poor short-term memory (Suhr et al., 2004) and, as we’ve already mentioned, the possibility of a headache.

Dehydration and the Ageing Brain

Ageing affects our brains too. We need more water as we get older. Why? Apparently, the ageing process changes our response to thirst, so we may end up not drinking enough hydrating fluids during the day (Philips et al., 1984). This makes us more vulnerable to electrolyte imbalances, which can affect how well our brain will function.

So what do we mean by drinking enough hydrating fluids? For starters, the advice for adults in the UK is to drink 1.2L of water per day on average (NHS, 2011). Exactly how much to drink will depend on the time of year, your activity level and your age. Children tend to need encouragement to drink water if, for example, they’re been doing some sporting activity on a hot day, to avoid becoming dehydrated (Bar-Or et al., 1980). In fact a new study shows that increasing how much water a child drinks improves their ability to multitask and to have faster reaction times (Kahn et al., 2019). The children, who drank 2.5L a day for four days compared with children who drank only half a litre, did much better. These findings suggest that children may function much better throughout the school day if encouraged simply to drink enough water.

Also what you eat will make a difference. If you eat plenty of fruit and vegetables, then you’re more likely to have enough fluids in your system, than if you don’t. Cucumbers are among the most hydrating of vegetables at 95% water, and similarly strawberries, in contrast to bananas, which have only 75% water content.

Water naturally rich in minerals will help provide some of the electrolytes needed to rehydrate. This is the type of water you’ll find in hard water areas or from bottled mineral water. Hard water is rich in calcium and magnesium. If you have sweated a lot after a hot day or vigorous exercise (or both), it might be useful to add the tiniest pinch of unrefined salt to the water to help you with your electrolytes (I use pink Himalayan salt). Non-caffeinated herbal teas, drunk throughout the day, are another way of keeping yourself hydrated if you don’t like plain water. Fresh coconut water is great occasionally, as it naturally contains electrolytes but is a bit expensive to drink on a regular basis.

If you drink caffeinated beverages, although the UK government does include them in the recommended daily fluid intake, it will make you pee out more water, and put you at risk of becoming dehydrated. Sodas and soft drinks can cause hidden problems with their extra sugars, and added chemicals like artificial sweeteners, preservatives, colours and flavours that the manufacturers often put in them. They can actually be dehydrating (García-Arroyo et al., 2016). Alcohol dehydrates too.

So, I recommend that water or herbal tea is ideally what you want to drink to keep yourself hydrated for better brain function.